[ezcol_3quarter]I have been looking for an reason to buy a new phone, and the Moto 360 watch seems like a perfect excuse. I have a the HTC One X, the first one. I found it very attractive because of its Quad Core and large screen. I ordered it back in April 2012.
All in all I have been satisfied with the phone, except for a minor issue with the screen, where the a yellow shade started to emerge.[/ezcol_3quarter] [ezcol_1quarter_end] 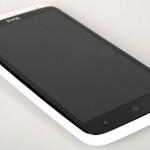 [/ezcol_1quarter_end]I discovered that it was a problem with the adhesive, and I got it fixed under warranty, so no big problem. I like the phone, I like the software, the performance etc. But my issue with HTC is that they pump out new phones, like their life depended on it. If that’s their business strategy, it sort of does, but perhaps the lessons from Nokia and their fall from grace, should have warned HTC of this approach. Anyhow this strategy also means that even newer phones like mine, is no longer being updated.[ezcol_1quarter] 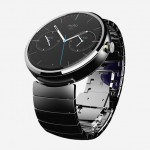 [/ezcol_1quarter] [ezcol_3quarter_end]The HTC One X was sold up until 14 months ago. That is a very short time, from purchase to being obsolete. So how does this relate to the Motorola watch, you may ask, well the watch requires the 4.3 version of the android core system, and since HTC have decided no longer to support updates the HTC One X, with new versions, the Moto 360 and my old phone is not compatible.[/ezcol_3quarter_end]