So Dansk Folkeparti has indicated that they intend to suggest massively reducing Denmarks Radio, the public radio and television network funded entirely by a license fee. First of all I dislike the license idea, it has become such a broadly defined when you are obligated to pay the license, and as soon as you trigger one of the criteria you are committed for the entire package. That sort of deals usually entails shady Bulgarian coupon salesmen and “clubs” or “subscriptions” that  seem to have no identifiable product or ways to terminate your membership.

That links to the second problem, which is reason why I dislike the license idea. Denmarks Radio has gotten to big. They are in Danish Media present on every media platform. There is the classics TV and Radio, but we are talking 6-7 channels of TV and similarly on radiostations, they have a huge website, offering, streaming, live-tv, they have a full size orchestra, choirs,concert-hall even a circus for the kids. “That all sounds very nice” you might say, and it is but is expensive as well. So why have all those channels and outlets, what is the point?

The idea for DR is do Public Service. So in my opinion that means ensuring a good and comprehensive news coverage, and offer shows and content that would not be available if the market is solely run as a business. So I like shows that otherwise would not be made,  I do not watch it all, I do not even like it all, but I appreciate the fact that narrow subjects get a place and a voice, someday it might be my field of interest they cover. I even accept that they experiment with expensive drama, to offer good danish speaking and produced drama, when no one else is willing to do it. Even picking up brand new concepts of tv, radio or media content, if no one else is doing it in the Danish market. But as soon as it becomes mainstream, as soon as there is someone in the private sector willing to do it for money, because it now has been proven, valuable, DR should retreat and focus on new topics for what otherwise would not get the chance. No more X-factor, do not make drama or tv to compete with the others.

Last I know the movies and series DR shows are not that expensive, but when you have that many channels you need to fill them, but if what they fill them with is shit, 80 % of the time is not worth it. Yesterday, on the main channel DR1, before 18.30 there was not a single programme that 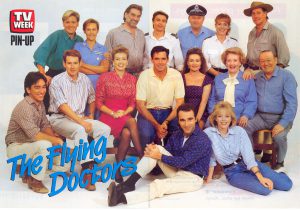 had not been shown before. Why are they showing an Australian Drama series from the late eighties what is the public service here? Then they had about 3 hours and 40 minutes of “new programming. After which Midsomer Murders took over. 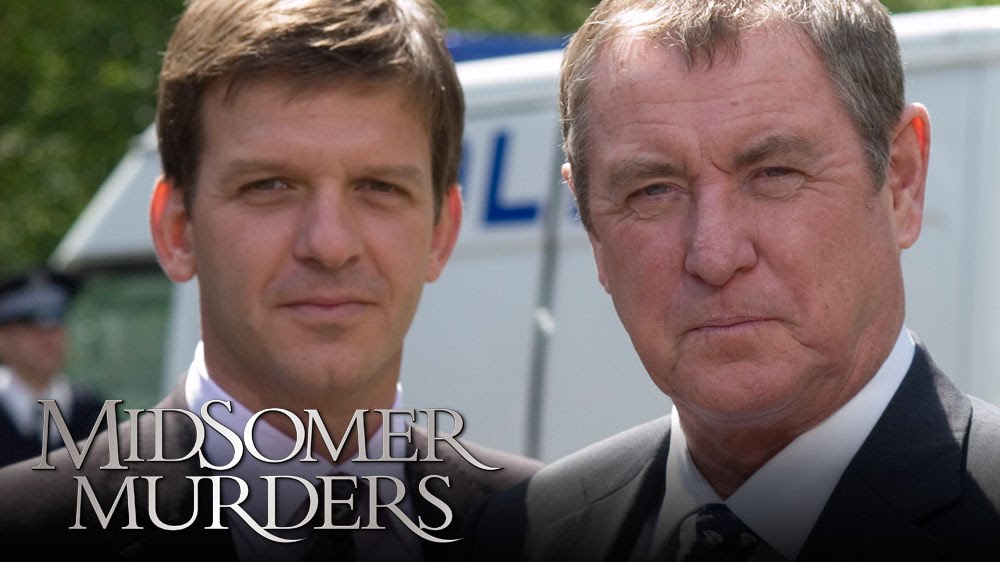 The idea of the “mandatory” license is only reasonable if you offer them a service that serves the public in a way that would not otherwise be served, due to cost vs. earnings ratios that might be too poor. But is does not warrant a 12-15 hours of recanned spam a day pr. channel. And do not even get me started on the cartoons…I think DR in this case less would be more.

Disclaimer, Flying Doctors & Midsumer Murders pics are not my own, lost my collection of tv poster from the 90’s in the great fire of 2004, so if you own them and want me to take them down, let me know.

I have watched enough SciFy to conclude that there is a basic premise behind most of them. That the emergence of Aliens, that is recognized as Aliens. Not the never seen green ones, that seem to abduct mostly Americans and probe their bodily cavities, but an actual other species. Whether they look like us, in the Vulcans from Star Trek, or are the odd looking ones from Independence Day, or even the obscure shrouded ones from Contact it has to be a clearly recognizable Alien. Across it all there is the premise that the discovery of an outer-worldly presence would somehow unite the people of earth and we would put aside our local struggles. Join in the “Earth race” as just humans and face the others as joint species. What is a slight color difference between ourselves, if the other guy has tentacles and can breathe liquid Helium. And those maintaining a nationalistic attitude in the face of an entire Universe is always considered, the idiots.

So how likely is it that we would react this way. Well, just looking at Syria lately, the existence of a clear and common enemy for all the insurgence groups, has not united them the the point they agree on nothing more than they will shoot at that common enemy, but they maintain a conflict with each other also. The Sanskrit saying of “The Enemy of my Enemy is my friend” does not seem to work….ever. Most likely what will happen is that if an Alien race started to drop by, they would just be one more element in a grand giant conflict stew, where we hate liberally across races (humans), borders religions and now planets and species. We have enough conflict to include Aliens.

In the meantime, I will enjoy the fantasy a little longer, hope is as you know, like Aliens ever green.